If you meet anyone Japanaese please ask them if they know delegate Naoko Ishii  https://www.google.com/search?q=naoko+ishii- i have sent this message to her institute of futures in tokyo- she contributed japan view at gzero zoom yesterday Hello my father sub-edited The Economist for 50 years - from 1962 he argued (consider Japan) that your nation offered the most sustainable worldwide models. Please could you ask Naolo Ishii  (wonderful Gzero views) to email me chris.macrae@yahoo.co.uk - My family lives in Washington DC so I am not in Glasgow but since father's death a network of Adam Smith Scholars at Glasgow University connect most of his western explorations of the future. I would like to introduce each other. Fathers biography of John Von Neumann has just been published in Japanese. This can help people who want to understand his influence on western futurists  www.economistfuture.com

the world is most likely to go above 2.5 degree warming

the world will not go above 2.5 degrees warming

Posted by chris macrae at 4:23 AM No comments:

https://future-summit.org
A 6-month Fellowship for 100 young leaders from 10 countries in CEE currently developing a solution for the challenges brought by Covid-19. More Here →.

0 in 1758 smith wrote the last book on rural era (before machine)- he defined a morally conscious market to be where enough buyers, sellers, circular supply chain connectors had information on prices and quality both in terms of what product safely does to immediate consumer and society across generations- adam smith did not say that man naturally designed free markets - scotland was 50 years into being colonised by london whose capitalist marketers smith recognised as slave traders (or in scots case pressgang operators), trigger-happy genocide colonisers; who exponentially added costs /poverty trapped peoples

adam actually wanted scotland to declare itself a united state free of london but as america declared independence in 1776, scots got left out ij the cold- indeed london started thinning scots telling/taxing land owners they made more money quarterly from sheep than humans

whilst there is no doubt that usa was thegreatest ir1 engineer 1900 to 1960 - it is not clear why american de3mings ir1 advances were rejected in usa, and from 1960 anyone who studies american media will see terrifying mistakes if  collaboration in human wellbeing is the purpose of communities and communications

in addition new tech races best understood from von neumanns lifetime were ro make industrial revolutions 3 and 4 shape unprecedented change from neumanns death in 1957- this seemed to start joyfully with youth being assigned the1960s goal to code moon landing but with 100 times more analytic tech every decade to 2020s back from 1960s (thats 100 trillion times moore - 5 4 3 2 1 0 00) the2020s were due to be sustainability last decade unless we married artificial intel and human intel to support every next childs life time skills, jobs, happiness - by 2020s real time goverance of data streaming in from every gps is impossible manually but easy for computer algorithms wherever linking every tech advance intel 58 smart gps device incuding droness safe cyber and safe biotech and 3d printing - and 5 senses virtual engagement...  for more on questioning timelines see 50 years of journalism by norman macrae at the economist including biogpraphy of von neumanns- and generation futire histories - eg 1972 next fort years exponentials to 2012 or 1984's 025 report updated annually to sweden's new vikings 1993

Posted by chris macrae at 7:27 AM No comments:

the 3rd version of universityofstars.com began at 9/11- what if the younger half of the world needed one shared university of ending poverty and other urgent sdgs- which youth would have the time and celebrity to mediate what global alumnisat can do.. by 2003 youth and a few peace laureates organised for mary robinson to lead london global reconciliation spaces, and in 2004 we participated with 1000 gandgians at indira gandhi's conference centre in delhi's parliament distrct...
the best answer emerging from grounding 20 years research-  TO support millennials greatest heroic connections with how all youth spend time on sustainability's action learning - HELP superstars or budding superstars - not all stars but those who want to prep a new second life to be even more exciting and humanly relevant than their first life
most sports and drop dead gorgeous IDOLS' careers have a limited lifetime- by all means some stars will want to retire from public scrutiny, others may continue to coach next superstars but are there others who could apply their stardom to something which makes them even greater heroines or heroes of their generations dreams?- and if there are when and how do they have time and freedom to learn that second life?
in 2020s we are down to the wire, the last olympics torch relay even - for example some retiring superstars are the only ones who can help design curriculum of mental health when all the world's responsibilities are on your shoulders as 7.5 billion humans are in covid world war 3 to 2025 or later; and only they can unite students worldwide to lead their youth's purpose as the sustainability generation
the co-creation of universityofstars needs various movements to come together- ideas for worldwide youth collaborations are not complex but 99% of old power isn't a true fan of the younger half of the world with this one amazing exception
a few vicechancellors who are happy that their studnents ad fascult share every main sdg solution starting with the new health agendas ranging from mental health to vaccinating 7.5 billion peoples simultaneously
a few superstars who have eg completed theit last olympics and want to retreat together and with the most respectul coaches needed to turn their questions on the future including their own happiness into answers their fans can fan!
it would help if ed mr bach did the right thing in clarifying future olympics schedules but in reality every world sport admin needed to transform - since tennis is a sport that wouldnt exist in its current form without royal families - royals and naomi osaka could unite in choosing both new adminstration for the sport and eg asking the un where tennis ambassadors can most help
if you have ideas on universityofstars- any culture is welcome that's the first thing we dialogues since 9/11 with medics and other students on global gap years and in strange forums like the eu's knowledge management as requested by nurses across europe- we were closed down by brussels in 2004 for making too transformative demands - shame?!
we welcome otherideas for new university move,emts - a billion poorest asian wone started their own dialogues on this in 2001- so far their progress is at abedmooc.com and this linkedin summary page- scheduling where new universityofstars turn up at world events like c0-26 glasgow november is a challenge if you are up for that
Posted by chris macrae at 6:31 AM No comments:

having created a deep community data and partnership space 5.1 for solving 100000 bangladesh villagers life or death questions - a puzzle abed faced was how to share this with the next billion women who wanted to end extreme poverty
the british empire - god bless it- had dealt bangladesh every shortest straw in the playbook of being colonised; it had drawn up national borders so neighbors hated each other locking bangladesh out from friendships; it had authorised pakistan to rule over the land of the bangla peoples from the partitioning of 1948- this was especially crazy-making as west pakistan was over 100miles separated by india
About 78,700,000 results

2,204 km
Distance from Pakistan to Bangladesh 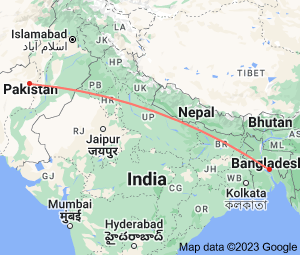 fortunately the continent most loving health care missionaries and expert epidemiologists joined in - read harvrad's marta chen's book quiet revolution - and fortunately unicefs jsmes grant so became the leader of the band - both chinese and bangladesh women can win-win adding 20 years of life expectancy to children born in villages
they wanted to see oral rehydration save both china's and bagladesh 's infants- china of 1975 was so happy that somwhere shared solutions its village women needed to lify up halk the shy that china and abed shared the deepest end poverty data and solutions at every women empowereg leap forward from 1975 to 2019
Posted by chris macrae at 7:39 AM No comments: 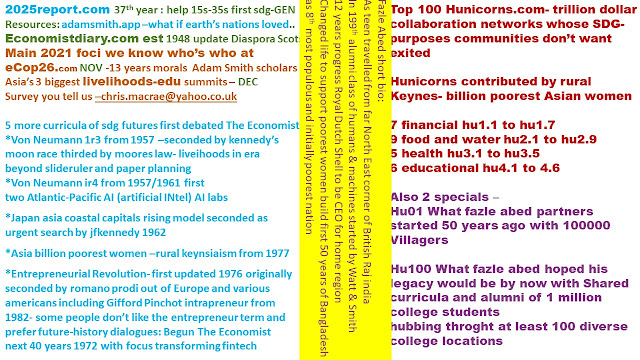