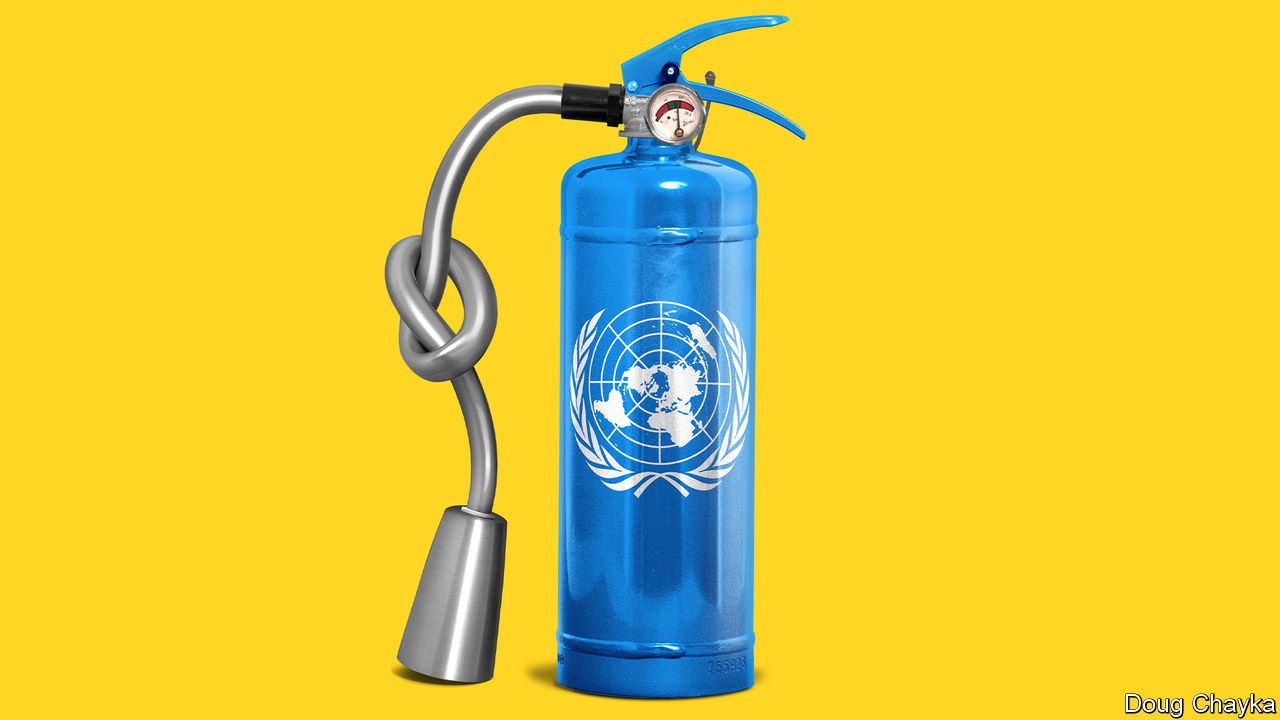 Special reportJun 18th 2020 edition
Jun 18th 2020
Mankeur ndiaye, a former foreign minister of Senegal who heads the un’s peacekeeping mission in the Central African Republic (car), is a tall man with a tall task. The peace agreement between the car and 14 armed groups signed in February 2019 is the eighth since 2013, when French intervention narrowly averted a genocide. The situation remains fragile in a country that is rich in diamonds and gold but poor in other respects. Elections loom in December. With a budget of $1bn, twice that of the national government, the un mission’s 12,000-odd soldiers and 2,000 police operate across a territory the size of France and Belgium combined. In some areas the state has no effective presence. The car has porous borders with other troubled places, such as the Democratic Republic of Congo, Sudan and South Sudan. The hope is that peacekeepers plus international aid give the brittle state a chance.
The idea of a non-violent, international military operation was invented to clear up the Suez mess in 1956, with a lot of imagination and improvisation (the first “blue helmets” were created by spraying the liners of American army helmets readily available in Europe). Today, peacekeeping is one area where the Security Council operates well. Some 100,000 people from 120 countries serve in 13 missions, which range from ceasefire monitoring in Cyprus and Lebanon to large, complex operations such as those in the car, Congo and Mali. The un claims to protect about 125m vulnerable people around the world on a budget not much bigger than that of New York City’s police department.