how china is using app to contian virus


leaders of places who prevent studying something that works on racist grounds need to be cast aside if our species is to be sustainable nobody is ahead of china on this  https://www.youtube.com/watch?v=KfNcXjhMfvw  tian wei interview jun 2020 with gov leader 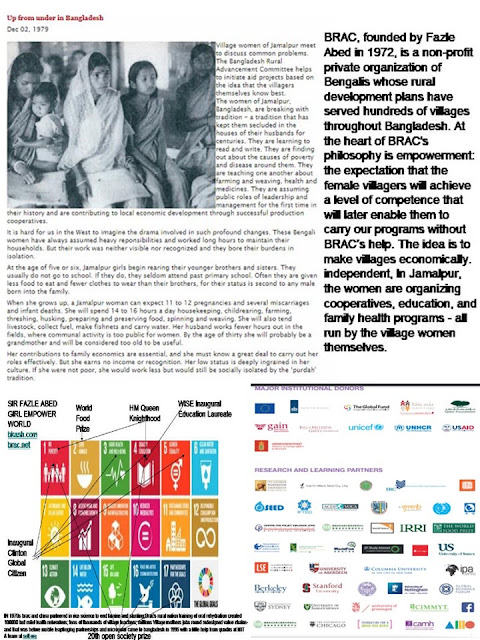 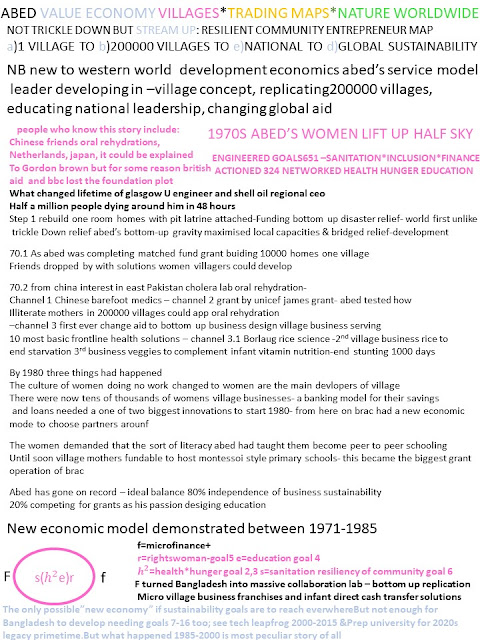 because dad had served in world war 2, as teenager navigating air planes over modernday myanmar/bangladesh- dad followed the un fro his desk at the economist and likeminded friends

in under 15 years 4 transformative possibilities had been identified

extra note 3 - many of east europe's and the world's best mathematicians had emigrated to usa in 1930s including einstein and von neumann- amongst his many invention einstein developed a maths of systems, that there is always more to innovarte than an's science can see- namley by modeling interctions at more detale micro level that had previously been assumed possible

dear gifford - marta sent me message that she is super excited to rehearse with you how her 10+ years of school wide practice of experiential learning in barcelona american international school has drawn on being inspired ny intrapreneurship  The Pinchot Perspective has been rather consistent for several generations. The rational greatest good for the greatest number in the long run cohabits strangely with a less rational but equally powerful reverence for nature, equality and adventure.

at the start of the year 2020 i thought there were going to be 4 real events - glasgow cop 26 november, 75th BIRTHDAY UNga new york september, lots of connections with ban ki moon and culturally in vienna, as well as year of japan on the world stage the one country were my father's trade connections are still celebrated- all have gone- and the next 6 months in america are drowning in the double chaos of virus without data and trump electioneering without transparency of how entrepreneurial and communal can survive

so i am refocusing on who is using zoom, and doing a lot of research of all the people who are accepting george soros urgent challenge to unite sdg graduates and teachers across borders- i can send quite a lot of detailed data on that if relevant. jan 2020 world economic forum soros announces OSUN first 20 coalition
to be coordinated by his neighbor and 40 year long vice chancellor of brad ny state leon botstein - botstein is also conductor of a new york philharmonic orchestra and over 20 years ago authored jeffersons children a call for radical changes to high schools as well as college purpose

i am re-editing welcome to EconomistJapan.com
in a form that aims to make dads top 20 surveys simpler to compare side by side-
in spite of the fact that romano prodi translated dads 1976 entrepreneurial revolution into
italian the bottom up scaling of small enterprise value chains has got completely lost
- one sad accident from my viewpoint is bill drayton read dads article in 1976- coined
social entrepreneur ashoka in 1978 - says it was inspired by dad but its system designs
have no relationship to the exponentials my father intended- as well as usa, this has been particularly
misunderstood in india and latin america- 2 regions drayton has most cultural influence in-
.
after 15 visits to bangladesh i can report that 50 years work fazleabed.com until his death last december is in the entrepreneurial revolution benchmark of empowering poorest women to end poverty precisely because every model coalitions around fazle abed uses are as dynamic system maps and in metrics audited different than draytons coalitions or even jeff skoll's- the two times i have met marta were at wise summits madrid, qatar- wise began by first lady of qatar sheikha moza round alumni of fazle abed and moza's interest in new universities and refugee education- she is on guterres main sdg committee SDG Advocates -gifford do you know any of these eminents?

1 have you heard of these GFEL people in mail below- it seems the organisers are mainly from india- their first summit was in dubai last year - short video enclosed their next one in las vegas december - i am struggling where, when will the first live summit happen- i would love to know what becomes vienna first summit

5 my understanding though i am sure you know more is ban ki moon has at least 3 interests- a youth world citizen curriculum co-led by former president of austria; climate adaptability research partners; what would have been connections of olympics and other sorts of arts/fashion heroes- are you connected with any of the 3 different teams each of these foci gravitate around him  - what seems critical is will any of these 3 curricula intersect with what vienna students at ceu do or not?

-almost each week there is new madness in usa- i cant work out which national leader does modi believe he needs most - if he is depending on trump then the chaos is going to keep multiplying to november- trump is hiding real data from american peoples - and he has no consistency in his own global leadership partners- if both modi and trump have no consistency its going to be very hard to help peoples in india or in usa til end of year- hopefully austria and eg switzerland will turn out to be consistent in moving climate health and other sdgs along- a huge black hole - i havent yet found out if the un has plan b - ie if the 75th annual get together cant happen in new york september- will they zoom or will guterres just keep everything close to his chest- he knows anything important he tries to put on world sage trump will snipe down-in effect we look like losing at least 2 years on sdgs at a time when we had just discovered there was no real finance of them capable of being on time- the virus has put at least some goals back another 5 years unless by a miracle some countries start transfering their budgets for arms to budgets for health
Posted by chris macrae at 2:35 PM No comments:

not sure that the world has ever seen as sudden a change as the virus- who's writing about our future now eg https://www.ldeakman.com/archives/2020/05/learnings-from-our-community.html
Posted by chris macrae at 9:38 PM No comments:

david can i intro you to marta- maybe there is an uniquely timely intersection between your passions- i met david around 1994 when he was leader of one of top 3 business schools in uk offering worlds first chair in global branding- 20 years of practical work as a statistician advising corporations on their biggest brands had led me to pioneering/publishing new genre searching out most purposeful organisations and partnership architectures in world- unfortunately the faclulty wanted an academic but david an engineer and i maintained interest in exponential risks something that to this day is not modelled and mediated correctly- if it was there would be no virus- i met marta 3 years ag on madrid and the qatar at wise education laureate summits founded around my greatest hero www.fazleabed.com of brac- back then marta was head of experiential learning at american intl school in barcelona- in recent months she has moved to starting up https://www.winwinconnection.org/copia-de-consulting -david you can see she has already started up some university and society action projects-do the two of you have time to chat to see if there is someting you are both prioritising over next 12 months- i had expected by now to be in vienna being briefed on the most urgent projects of ban ki-moon's first action year of www.gca.org- whats differnt abour climate adaptability is it has specific corporate leaders asking for research costing risk to their operations of not leadind some specific green issue; i also know the head of bbc studios responsible for marketing all of david attenboroughs work including end plastic in ocean movements- however none of these movements were prepared for a year or more of no travel and community action projects being suspended- just as we were counting last 10 years of sdgoals every timeline is blocked- good luck to all of us! at a global level i am profiling the 100 world record jobs creators whose knowhow i wish every student had open experiential access to at www.masterclass100.com hundreds of local links mapped
Posted by chris macrae at 5:20 AM No comments: